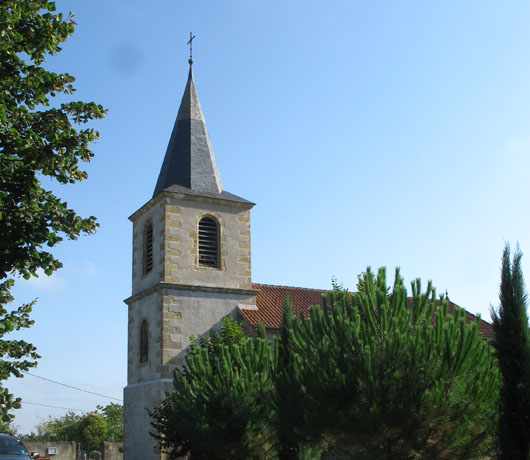 Marseillan, once part of the domains of the Comtes de Pardiac whose seat was Monlezun castle, was situated near the border of the Comté d’Astarac.

In 1056, the lord of the land,  Guillaume-Garsie de Troncens gave the church  to Simorre abbey.

There was a « château de Marseillan » supposably in the south west part of the village, of which there remains no trace, but in the XVth century, Bernard de Faudoas attacked it several times.

In 1718, the seigneury passed into the hands of the de Seissan de Marignan family living in the neighbouring Château de Marignan.

In the early Middle Ages, houses were grouped around the church rebuilt in the XIXth century. Fronted by a bell-tower-porch, the monument has kept from a previous period a semi-circular nave.

In the southern chapel, a  keystone carved with the arms of the De Seissan de Marignan family evokes its generosity in helping with reconstruction.