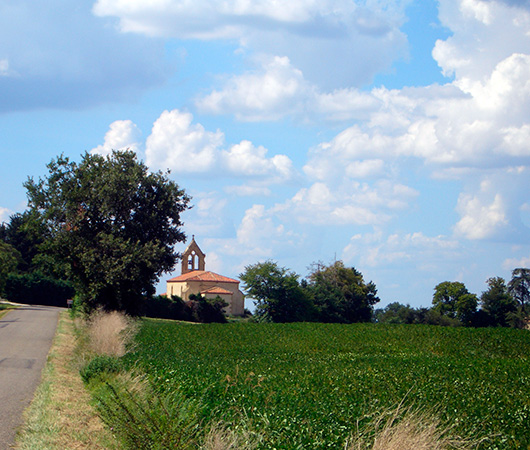 Mascaras is one of the highest points in the former Comté de Pardiac and offers a beautiful panoramic view over the rugged hills around.

Formerly, the commune together with the Comté de Pardiac was part of the Comté d’Astarac (including the Pays de Rivière Basse).

Its strange name evokes a Visigoth origin (mentioned in XIth century litterature). The village is situated at the crossroads of older routes such as the Tenarèze or « Route de César » and « chemin Romieu ».

Some remains of defence walls could indicate the site of a earlier village built close to the castle.

St Pierre Church was rebuilt in the XIXth century : this small  religious construction was rebuilt in accordance with local tradition :  with a wall belfry. An interesting  stone font can be seen inside.