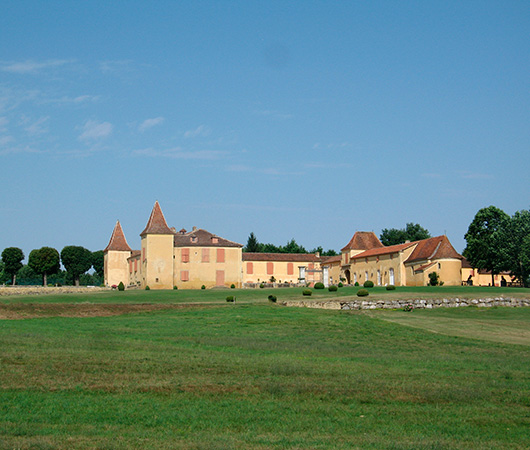 In the heart of the bastide country, Bars, a medieval village with a XIIth century church nestles in glorious countryside half way between the river Losse valley and the « route de César ».

Formerly named « Ténarèze » this ancient, prehistoric road was formerly the link between Bordeaux and the central Pyrenees and its path avoided the need to cross a single bridge or ford. For several centuries, it was a major cross border route and was also used for transhumance. A watershed between the Adour and the Garonne basins, the road was also used and improved by the Romans.

In the XIXth century, Bars had about twenty water sources with fountains, a windmill and a watermill.

In 1880, phylloxera put an end to wine producing, an activity which had started initially to supply the army.  In 1867, wines from the « domaine de Marignan (Haut-Armagnac) » were awarded the distinction of « great French wines » at the universal competition in Paris.

Points of interest in the village: the church (XIIth century) and good views towards the Château de Marignan (XVIIIth Century), a listed historical monument).